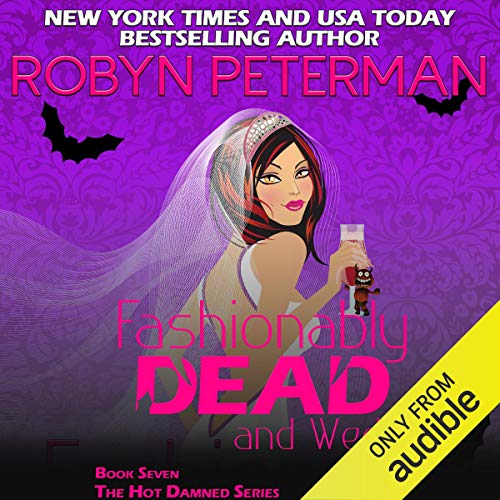 I know I'm already mated.... I wanna get married.

What do you get when you combine a three-headed monster named Charles; a rotund, gay, dancing Demon named Doug; a culinary disaster baked by Mother Nature; a celibate premarital councilor named Jeff; an offer from Satan that's impossible to refuse; and Steve Perry?

You get the royal wedding from hell - or, to be more accurate, possibly in hell.

All I want to do is marry the Vampyre of my dreams, with my closest friends and family in attendance. Yep, I know nuptials in the undead world are unheard of, but I'm still hanging on to my humanity if only by a thread. Being mated is great, but getting married is important to me.

Tacky invitations and cake that causes food poisoning aside, I also need to deal with the stream of Demons entering my world from mysteriously opened portals. Not to mention Angel Jeff is going to fail us on the premarital test if we participate in any nookie before the wedding. I'm trying really hard not to go bridezilla on everyone. With five days to plan the wedding, I have to figure out who's opening the portals and deal with our hostile allies who think our wedding is a farce. It's been a very difficult week - especially the no nookie part.

All I know is this: I will say "I do" on Saturday even if I have to go to hell and back to accomplish it.