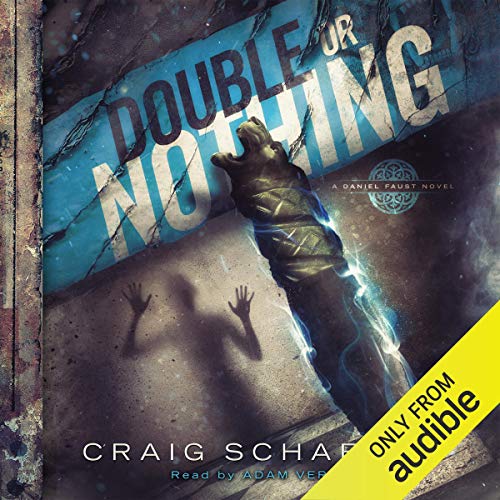 Daniel Faust - sorcerer, thief, and newly-minted Las Vegas crime boss - has debts to pay. One of those debts has just come due, an IOU to be paid in the form of a high-risk heist, and it's a job he can't refuse. The mark? Daniel's arch-nemesis, a man with a Cheshire smile and the powers of a living god. The score? A sacrificial dagger buried under layers of electronic, occult, and human security, snug on the far side of a custom-built deathtrap.

Normally, a heist like that would be the end of Daniel's problems. This time, it's only the beginning.

Caitlin, Daniel's lover and the right hand of a demon prince, faces her own threat. She's adept at navigating the politics of Hell, keeping the peace with diplomatic grace and a whip, but a plan years in the making has left a ticking time bomb under her feet. When it explodes, it will send shockwaves through the infernal courts - and expose one of Caitlin's darkest secrets. A hidden enemy has targeted Caitlin and Daniel for destruction, and aims to lure them into an impossible snare. For one of them to escape, the other must die.

The only way out is through a maze of demonic bounty hunters, psychic assassins, unlikely enemies and even more unlikely allies. Daniel Faust has spent his life as a trickster, defeating his enemies with the art of the con. He may have finally met his match. Las Vegas is the ultimate chessboard, and his opponent is already two moves ahead.