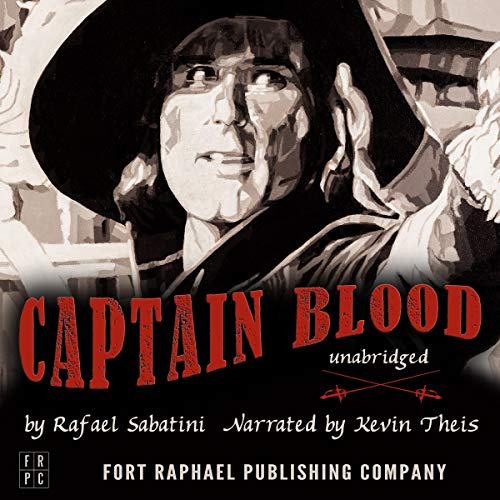 A classic tale of adventure and romance, Rafael Sabatini's Captain Blood tells the story of Peter Blood, doctor and military veteran, who is mistaken for a rebel, arrested, tried, and transported to Barbados, where he is sold into slavery.

Escaping his captivity during a raid on the colony, Blood and his fellow convicts capture a Spanish ship and sail off to become the most successful pirates in the Caribbean.

Captain Blood is Sabatini at his very best, succeeding as both an adventure novel and powerful discourse on the evils of slavery and injustice.