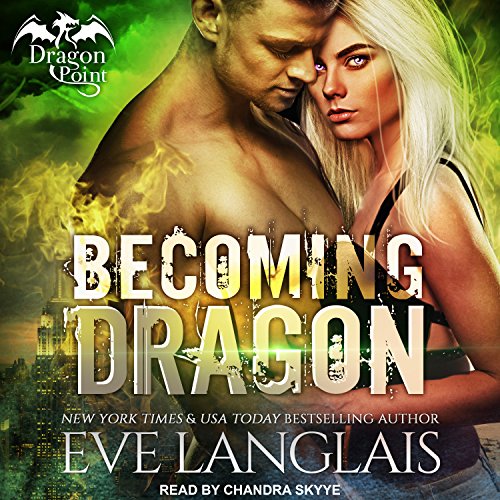 I'm a monster. That's what Brandon thinks when he flees the medical institute that changed him. Living a normal life isn't in the cards for him because, while he can hide his scaly skin, his wings are hard to miss. So he runs and lives in the shadows where monsters belong.

What he didn't expect to find were others just like him, and they call themselves dragons. Or so Aimi with the violet eyes tells him when she pins him to the ground.

He doesn't want to believe, but the evidence is mounting. Not helping his resolve is the fact that the woman with the silver hair doesn't fear the monster and wants to claim him.

However, before he can think of his own happiness, he has to rescue his little sister. Uncle Theo kidnapped her, and Brandon will do anything to get her back, even if he must embrace the monster within to become the dragon.

At times the narrators way to read disrupted the flow of the story and the impersonation of the hybrid male was annoying.

The story itself was not as well written as other books of the author and not as intriguing and as exciting. Had expected more.