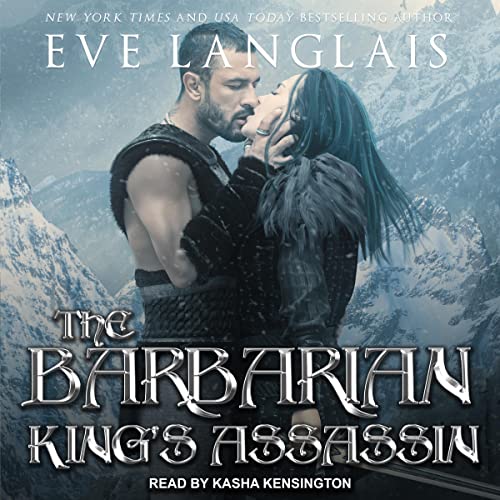 Tragedy forged her, but love tempered her steely heart.

There aren't many choices for a child arrested and charged with murder. When a mysterious stranger asks an imprisoned Ilyana to be his apprentice, she accepts.

Fast forward a few decades and she's an expert in her field, an assassin for hire with special skills, and an uncanny affinity for weapons. Her newest bounty requires her to eliminate the Barbarian King, only for the first time in her career, she hesitates.

Turns out she and the monarch from the west might have a common enemy in the Grand Vizier, a highly placed official for a rival country. He's the one behind the bounty on Konstantin's head, and the person responsible for the death of Ilyana's parents.

Rather than kill the King, she finds herself working for him. Together, they form a plan for revenge. What they don't expect is the ensuing tempest of secrets.

A betrayal and a capture might spell the end for the Barbarian and the Assassin unless they're willing to fight not only for survival - but love.