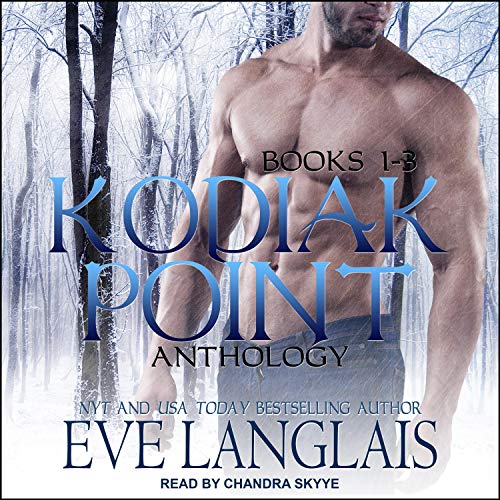 Welcome to Kodiak Point, where the wildlife might wear clothes, but animal instinct rules the heart.

Kodiak's Claim: Hands full taking care of his clan, the last thing this Kodiak bear needs is a woman poking her cute little nose into his affairs. But when she refuses to back down - and shows the courage to stand up to him - he can't resist the allure of a curvy city girl.

Outfoxed by Love: A man of few words, Boris has a firm way of saying no, but a determined vixen knows he's her mate. Jan has not had much success in getting her bullheaded moose to notice her, but all that changes when her life is put in danger.

Polar Bared: When Vicky accidentally slides into the side of a polar bear, she doesn't expect to fall in love. Eaten yes, perhaps used as a chew toy, but become the object of a bear's affection and lust? Crazy! Almost as crazy as the fact the polar bear turns out to be a man who growls, and roars.