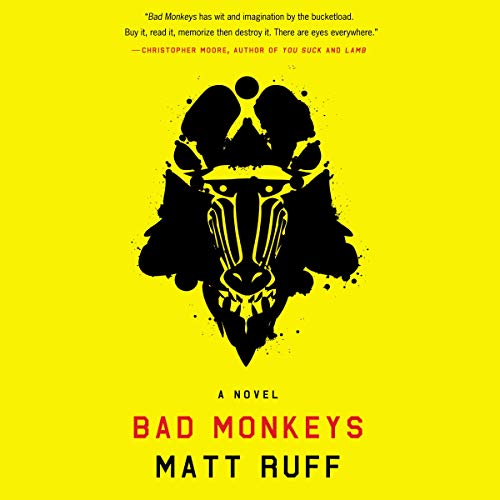 "Bad Monkeys has wit and imagination by the bucketload.... Buy it, read it, memorize then destroy it. There are eyes everywhere." (Chris Moore, best-selling author of A Dirty Job and Lamb)

Jane Charlotte has been arrested for murder. She tells police that she is a member of a secret organization devoted to fighting evil; her division is called the Department for the Final Disposition of Irredeemable Persons - "Bad Monkeys" for short. This confession earns Jane a trip to the jail’s psychiatric wing, where a doctor attempts to determine whether she is lying, crazy, or playing a different game altogether.