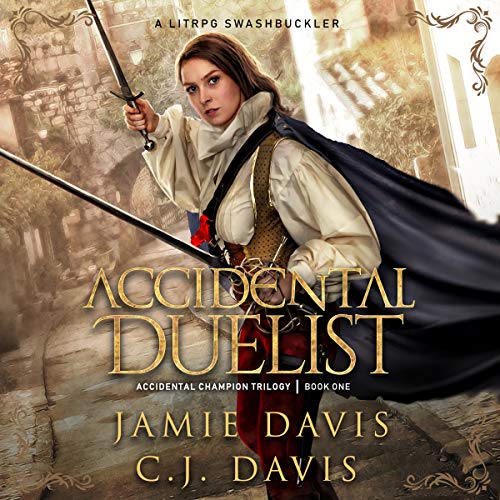 A Lost Princess and the Swashbuckling Game of a Lifetime

Cari Dix didn't know her whole life was a lie; she only knew she didn't belong here. Growing up with the most ordinary parents ever, all Cari wanted was a life of adventure and a little bit of fun.

When she discovers an old, restored computer from her father's past, Cari stumbles into a fantasy game world she'd always thought a part of her childhood imagination. Taking her combat fencing skills with her, she sets out to explore a world her parents said didn't exist.

Come along and play the game. Join Cari in this swashbuckling LitRPG adventure, returning to the world of Fantasma once again. This is the first book in a brand-new fantasy trilogy picking up where the Accidental Traveler series left off.

Play along with Cari as she fights to save the last of the empire's heirs and carries on the legend her father left behind.