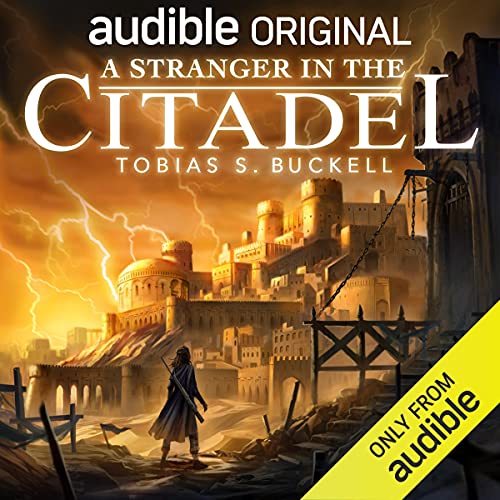 A Stranger in the Citadel

A tale of family bonds, royal power, and the truth that threatens it all, from World Fantasy Award-winner Tobias S. Buckell.

“You shall not suffer a librarian to live.”

Growing up in Ninetha, Lilith has known this law all her life. The city’s every need is provided for by a god-machine called the cornucopia, which can produce food, clothing, anything in response to a thought. The gods provided this bounty on one condition: that humanity give up reading and writing.

Then, a librarian, an actual seeker of forbidden written knowledge, walks through the gates of the citadel, his very presence unraveling the life Lilith has known. She learns her father, the Lord Musketeer himself, has been harboring a secret - one that turns Ninetha against Lilith’s family.

Forced to flee, forced to throw in her lot with the librarian, Lilith uncovers even greater secrets - about the lie her life has been, and about the very nature of their world.

Das sagen andere Hörer zu A Stranger in the Citadel