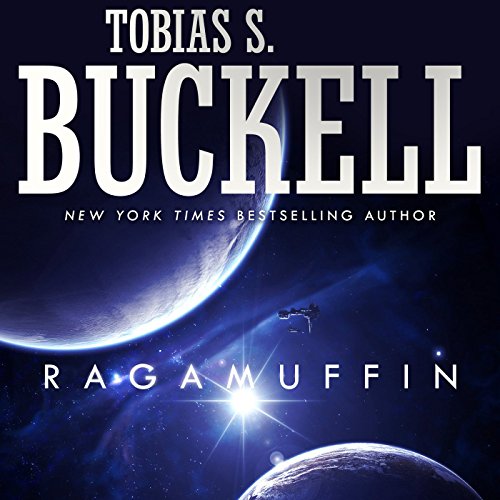 The Benevolent Satrapy rule an empire of 48 worlds, linked by thousands of wormholes strung throughout the galaxy. Human beings, while technically "free", mostly skulk around the fringes of the Satrapy, struggling to get by. The secretive alien Satraps tightly restrict the technological development of the species under their control. Entire worlds have been placed under interdiction, cut off from the rest of the universe. Descended from the islanders of lost Earth, the Ragamuffins are pirates and smugglers, plying the lonely spaceways around a dead wormhole. For years, the Satraps have tolerated the Raga, but no longer. Now they have embarked on a campaign of extermination, determined to wipe out the unruly humans once and for all. But one runaway woman may complicate their plans. Combat enabled, Nashara is more machine than flesh, and she carries inside her a doomsday weapon that could reduce the entire galaxy to chaos. A hunted fugitive, she just wants to get home before she's forced to destroy civilization - and herself.