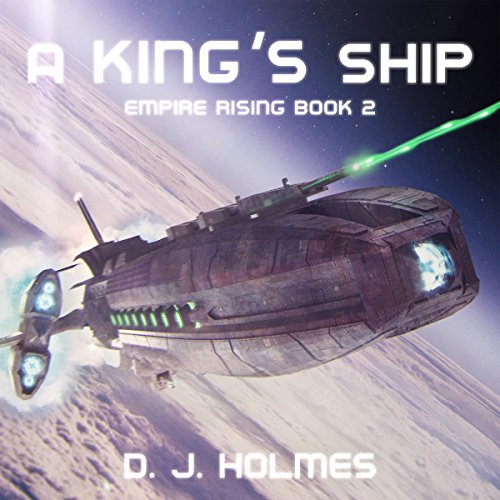 The war with China is over. But for Captain James Somerville there is a task still unfinished.

Former Politburo Intelligence Minister Chang has evaded capture and escaped from Chinese space. Declared a war criminal by the UN and British law courts, James is given the Royal Space Navy's newest exploration cruiser and sent after Chang.

His chase will threaten to stir up old rivalries and take him to the edge of explored space. What he will discover there will radically reshape humanity's position in the galaxy and throw him into a series of desperate battles. Alone and outnumbered he will come to realize what it really takes to command a King's Ship.

A King's Ship is the second book in the Empire Rising military science fiction series that follows the career of Captain James Somerville as he takes command of HMS Endeavour.