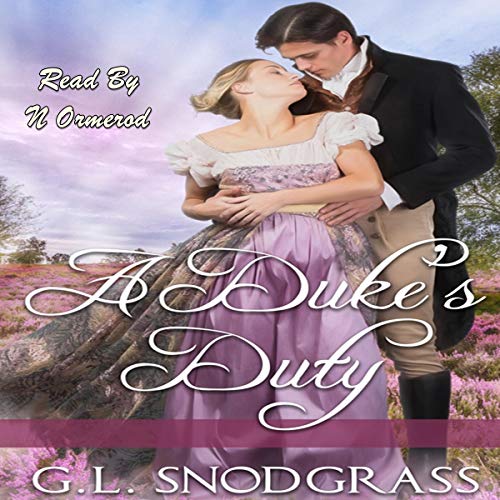 Captain Jack Hardy of the Royal Navy was focused on fighting the French. The bastard son of the Duke of Oxford, he never expected to be accepted into his father’s world. Let alone be recognized and raised to the peerage. Forced to give up the sea, and accept the responsibilities of a British Lord, he must now navigate a new maelstrom of political intrigue and unknown enemies determined to see him dead. To make it even worse, he has agreed to his dying father’s wish that he marry. A fate worse than facing a French brig’s broadside.

Lady Abigail Dupont has always been an outsider in her own world. Permanently injured at a young age, she has never been accepted in the vicious marriage market of the town. Disabled, unable to provide an heir, and poor - three unforgivable marks against her. It is because of this ineligibility that she is asked to help the new Duke of Oxford find a wife. A woman who could be a Duchess without driving him mad.

Two outsiders working together for a common goal. All while trying to discover who is repeatedly trying to kill the new Duke. Two people with nothing in common. From two different worlds. Yet two people who are drawn to each other for reasons they could never express but cannot deny.