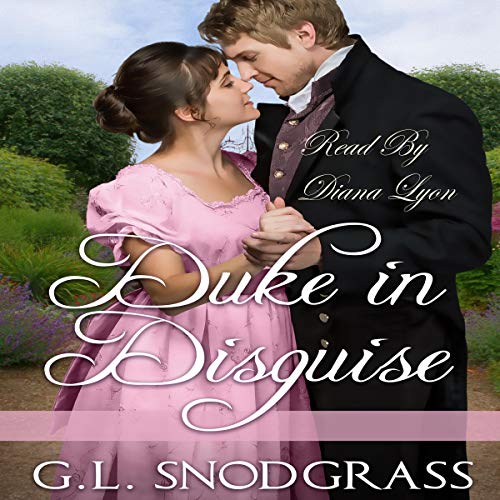 He was a duke in disguise. Hiding the truth of his title and wealth to help a friend. Pretending to be nothing more than an itinerant laborer. The last thing he anticipated was saving a comely lass. But then, life has a way of working out. Especially for a duke of the realm.

The woman found him special, despite his supposed common status. For the first time in his life, someone saw the true man, not his title. What would she do if she learned the truth? A fate he was unwilling to risk.

Miss Ann Stafford, the oldest of three sisters, knew life was hard. A country miss with no prospects and little hope. But a strange man, too handsome for his own good. Kind, strong, and interested in her. This was a possibility she had feared would never be hers.

Yet, even though the man had saved her life, there was some hidden secret. Something that kept her at a distance. The question she had to answer was whether she could keep her heart from becoming lost even if she never knew the truth.

Can betrayal and deceit be forgiven? Can two people from different worlds overcome their differences to find true love?