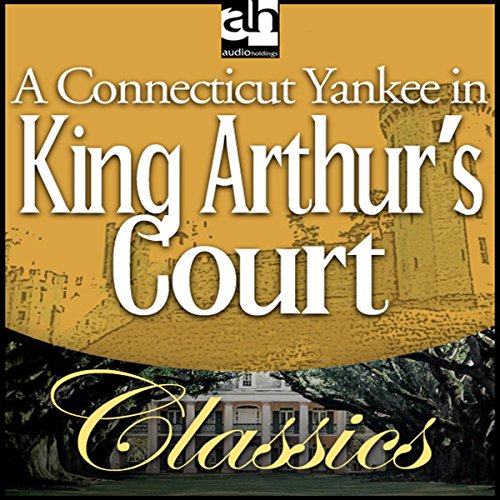 Actor Richard Kiley performs this classic novel from legendary author Mark Twain, a skilled satirist whose work forms an integral part of the American literary canon. A Connecticut Yankee in King Arthur’s Court tells the story of a man who finds himself transported in time and space from late-19th-century America to early medieval England, where the adventures he embarks upon with King Arthur and his knights serve as an opportunity for Twain to humorously experiment with the role that modern knowledge and technologies could play in an old-fashioned setting.

Kiley’s rich and expressive voice adds great depth to this lively audiobook, enhancing the experience of Twain’s masterful storytelling, and adeptly bringing this bizarre tale to life for listeners.

A blow on the head sends a practical Yankee back in time to King Arthur's court in medieval England. There, his Yankee ingenuity and knowledge of scientific theories startle the Knights of the Round Table. In the course of describing his hero's adventures, Mark Twain, the great satirist, takes the opportunity to make objects of mirth out of the ways of the Old World, the chivalry of knights, and the pomposity of kings.
Public Domain (P)2009 Audio Holdings, LLC
Klassiker
Mehr anzeigen Weniger anzeigen