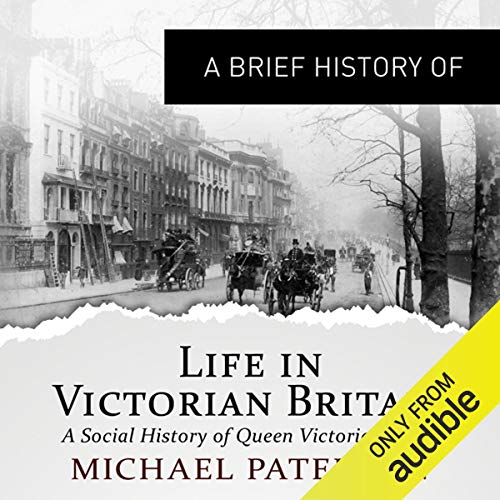 A Brief History of Life in Victorian Britain

The Victorian era has dominated the popular imagination like no other period, but these myths and stories also give a very distorted view of the 19th century. The early Victorians were much stranger than we usually imagine, and their world would have felt very different from our own. It was only during the long reign of the Queen that a modern society emerged in unexpected ways.

Using character portraits, events, and key moments, Paterson brings the real life of Victorian Britain alive - from the lifestyles of the aristocrats to the lowest ranks of the London slums. This includes the right way to use a fan, why morning visits were conducted in the afternoon, what the Victorian family ate, and how they enjoyed their free time, as well as the Victorian legacy today: convenience food, coffee bars, window shopping, mass media, and celebrity culture.

"Out of the babble of voices, Michael Paterson has been able to extract the essence of London itself. Read this book and re-enter the labyrinth of a now-ancient city." (Peter Ackroyd)

I'm very interested in Victorian Britain and the changes it brought to the world. But the opinions of the authors are unbearable sometimes. Colonialism wasn't that bad... What?! Are you a history denying hipocrite? This is the audio book for you.