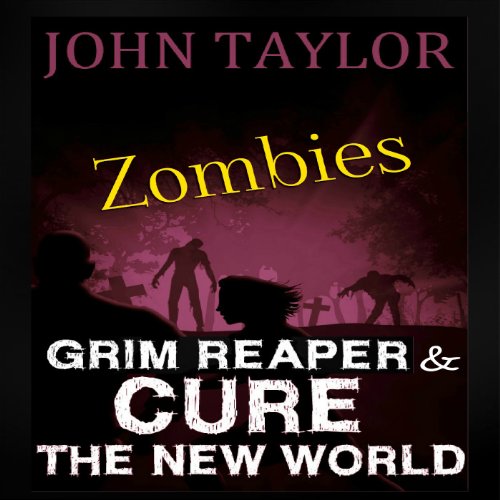 Zombies: Grim Reaper and Cure the New World has now been combined in this two audiobook collection. It is the last two tales in The New World Series and has to be the best of the series.

The Boyds and their friends are excited that they may possibly come up with a zombie cure from the help of their super smart scientist friend, Jason. Then it happens... the Grim Reaper comes calling for one of the team.

An unexpected, untimely death puts a lot of stress on the group as they deal with the Grim Reaper's decision. Rolla is overrun with zombies and the Boyds face some tough decisions.

While dealing with the loss of a close team member, the group presses forward as the clock is ticking. Can they reproduce the antidote or cure before it's too late and society as they know it all die?

Jason the scientist is hard at work in his new laboratory they built on the farm. The team will have to carry out the dangerous mission of catching zombies and bringing them back to the farm for Jason's scientific experiments.

Will the team figure out the cure before they are over run by the zombie epidemic or will the group all perish? You won't want to miss this action packed, zombie thriller.