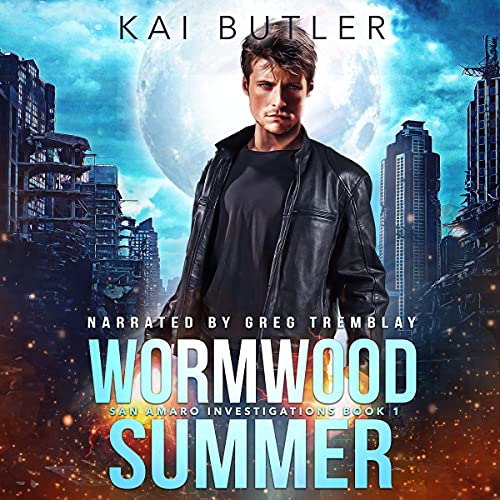 When the Summer Queen summons Parker to her court, the private investigator knows there’s trouble brewing. Trapped into compliance by his past debt, he’s tasked with locating a missing girl in San Amaro. Now he has to find the girl or give up his life.

Things only get more complicated when a very familiar cop asks Parker for his help on a case involving murdered magic users. With the victims completely drained of their magic, the San Amaro Police Department needs Parker’s special skill set to track down a killer. Navigating through San Amaro’s paranormal underbelly while dealing with his own past and this new case is the last thing Parker wants or needs.

Wormwood Summer is a 107,000-word MM urban fantasy with a HFN ending.

And I love how magic works here! The different styles -witchcraft, alchemy, fey and werewolf magic are all explained in a way that makes sense and though there isn't much detail yet, I have hopes for future books.
The plot is interesting enough, with a smart main character and a pretty cool alchemist. The whole mystery was set-up very well and it ended in a way that made a lot of sense.

The narrator does a good job on the different voices and puts just enough acting into the story to make Parker believable.

Personally I hope the second book of the series will be turned into an audiobook as well!