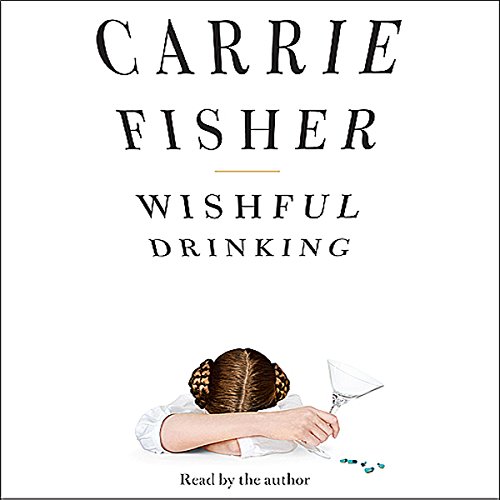 In Wishful Drinking, Carrie Fisher tells the true and intoxicating story of her life with inimitable wit. Born to celebrity parents, she was picked to play a princess in a little movie called Star Wars when only 19 years old. "But it isn't all sweetness and light sabers."

Alas, aside from a demanding career and her role as a single mother (not to mention the hyperspace hairdo), Carrie also spends her free time battling addiction, weathering the wild ride of manic depression and lounging around various mental institutions. It's an incredible tale - from having Elizabeth Taylor as a stepmother, to marrying (and divorcing) Paul Simon, from having the father of her daughter leave her for a man, to ultimately waking up one morning and finding a friend dead beside her in bed.

An eloquent way to describe a crazy life

As a star wars fan, I love the stories behind the stars, pun intended. Carrie's words put a funny spin on a turbulent life. Enjoyable as a story in itself.

the story was ok

I wished she had hired someone else to read the book. Her voice was harsh, her breath short. And I was totally stressed hearing her talk. I think it would be better if someone else would have read it......