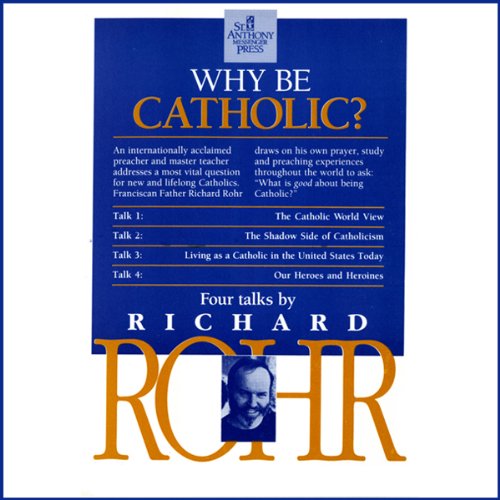 Richard Rohr ddresses one of the most vital questions for new and lifelong Catholics. He draws on his own prayer, study and preaching experiences throughout the world to ask "What is good about being Catholic?" This series invites listeners to explore the breadth and depth of their faith. "Most Catholics are not Catholic/catholic enough," says Rohr. He discusses both the shortcomings and strengths of the Catholic Christian tradition.

Talks include: "The Catholic World View"; "The Shadow Side of Catholicism"; "Living as a Catholic in the United States Today"; "Our Heroes and Heroines". Each talk is followed by a penetrating question-and-answer session.