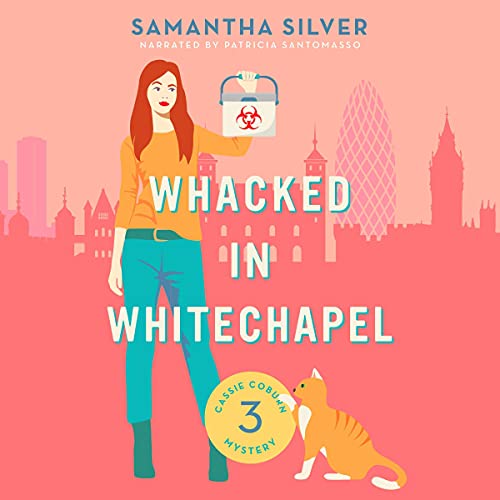 Things are even whackier than usual in London....

When a nurse is found murdered in the Royal London Hospital, Cassie think it's going to be just another one of Violet's regular old murder cases to solve. But when they find out that the woman was killed by her accomplice, and that he got away with a number of vials containing the Ebola virus, the stakes suddenly get a lot higher.

As Cassie and Violet race around London before the deadly virus is unleashed, they find they're always one step behind. And to make matters even more complicated, Cassie finds herself thinking she should probably do something with her life. She just doesn't know what, though Jake and Brianne have a few suggestions.

Will Cassie and Violet be able to find the stolen vials in time to prevent an attack on London?

The Cassie Coburn mysteries are a cozy mystery series featuring a Sherlock Holmes-style sleuth. If you want a light, fun, modern mystery featuring a San Francisco girl totally out of her element in London, and a crazy French woman who happens to be very good at noticing things, then this is the series for you.