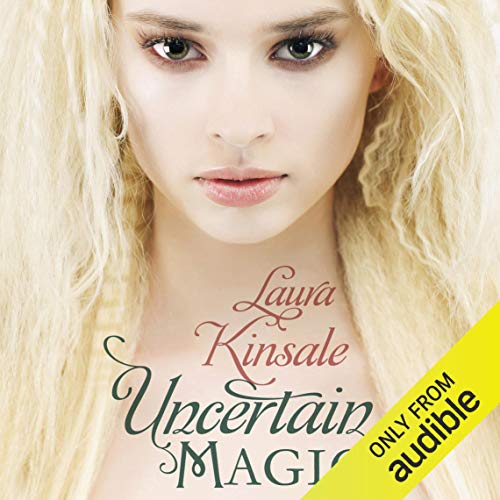 As a lovely heiress, Roderica Delamore should be a prize catch--except for her shameful secret. She has the ability to hear the thoughts of those around her. Even her family and close friends can't hide from her strange gift. Knowing that she can never marry, for no man could bear it, Roddy still longs hopelessly for a family of her own. Until she meets the man she's been waiting for--the Earl of Iveragh, a mysterious Irish aristocrat whose thoughts are entirely closed to her.

The impoverished Devil Earl is damned in society by dark rumor and innuendo, and, for all she knows, he could be a liar, a rogue, or much, much worse. But Roddy must dance with him at midnight on All Hallows Eve, and entrust her life--and her heart--to a riveting stranger, called by his torment into the faerie mists to discover what she most fears about herself and her own magic.

"A whole new style of historical romance. Beautifully written... a definite must-read." ( The Long and Short of It Reviews)
"Kinsale weaves fey magic into a tale of love, political unrest, and loss, and delivers some riveting plot twists." ( Rundpinne)