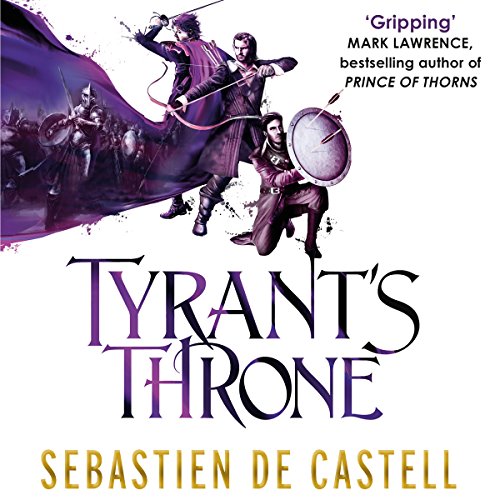 Would you - could you? - uphold the law at the cost of those you love?

Falcio val Mond, First Cantor of the Greatcoats, is on the brink of fulfilling his dead King's dream: Aline is about to take the throne and restore the rule of law once and for all. But for the Greatcoats, nothing is ever that simple.

In neighbouring Avares, an enigmatic new warlord is uniting the barbarian armies, and, even worse, he is rumoured to have a new ally: Falcio's old nemesis Trin. With the armies of Avares at her back, she'll be unstoppable.

Falcio, Kest and Brasti go racing north to stop her, but in those cold, treacherous climes they discover something altogether different - and far more dangerous: a new player plans to take the throne of Tristia, and the Greatcoats, for all their determination and skill, may not be able to stop him.