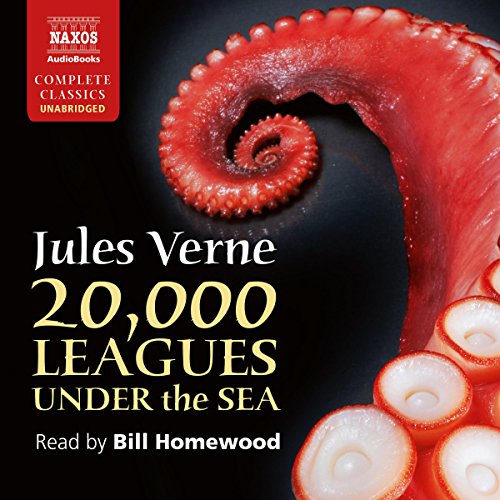 Twenty Thousand Leagues Under the Sea

The most exciting underwater adventure ever!

In 1866 a mysterious giant whale savagely attacks ships in international seas. A famous French marine biologist, Pierre Aronnax, joins the hunt to track down and incapacitate the creature. With him are his loyal servant, Conseil, and redoubtable Canadian harpooner Ned Land. They soon find that their enemy is no sea beast but a brilliantly designed submarine. They are captured and imprisoned by its master, the sinister Captain Nemo. The story is relentlessly thrilling while containing beautifully written observations of underwater life.

Twenty Thousand Leagues Under the Sea has been hugely influential on popular culture, having inspired several stage and film adaptations, including a Walt Disney film with Kirk Douglas. Captain Nemo also appears as a main character in the graphic novel and film The League of Extraordinary Gentlemen.

Bill Homewood's distinctive voice is perfect for the French classics: He has previously read The Hunchback of Notre Dame and The Three Musketeers for Naxos AudioBooks and is "...a narrator so perfectly matched to his material that you can't help but smile" (The Times).