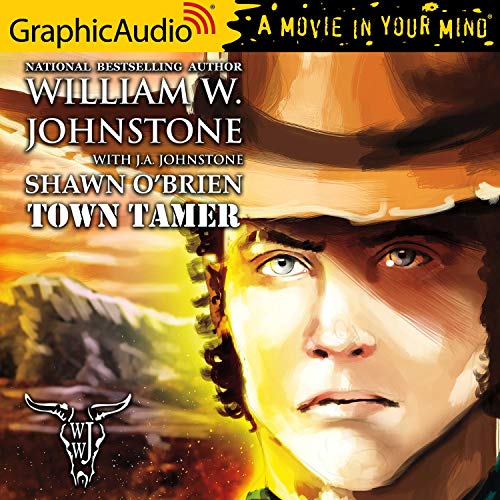 A man who tamed the west - one town at a time.

Unlike his brothers Jacob, Sam, and Patrick, Shawn O'Brien isn't content to settle down on the family ranch in New Mexico territory. With his razor-sharp eye, lightning-fast draw, and burning thirst for justice, Shawn is carving out a reputation of his own. As a town tamer, he takes the most dangerous, lawless towns in the West and makes them safe for decent men, women, and children. When a stagecoach accident leaves Shawn stranded in Holy Rood, Utah, it doesn't take long to realize he's landed in one ornery circle of hell.

Ruled by a cruel and cunning crook-turned-merciless dictator named Hank Cobb, Holy Rood is about as unholy a place as any on the frontier. Anyone who breaks Cobb's rules is severely punished. Anyone who defies Cobb's hooded henchmen dies by rope, stake, or guillotine.

But Shawn O'Brien isn't just anyone. He's the town tamer. And this time, he's going to paint the town red....