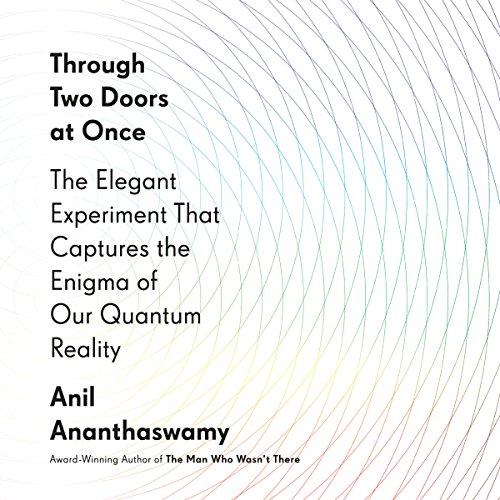 Through Two Doors at Once

One of Smithsonian's favorite books of 2018.

One of Forbes' 2018 best books about astronomy, physics, and mathematics.

The intellectual adventure story of the "double-slit" experiment, showing how a sunbeam split into two paths first challenged our understanding of light and then the nature of reality itself - and continues to almost 200 years later.

Many of science's greatest minds have grappled with the simple yet elusive "double-slit" experiment. Thomas Young devised it in the early 1800s to show that light behaves like a wave, and in doing so opposed Isaac Newton. Nearly a century later, Albert Einstein showed that light comes in quanta, or particles, and the experiment became key to a fierce debate between Einstein and Niels Bohr over the nature of reality. Richard Feynman held that the double slit embodies the central mystery of the quantum world. Decade after decade, hypothesis after hypothesis, scientists have returned to this ingenious experiment to help them answer deeper and deeper questions about the fabric of the universe.

How can a single particle behave both like a particle and a wave? Does a particle exist before we look at it, or does the very act of looking create reality? Are there hidden aspects to reality missing from the orthodox view of quantum physics? Is there a place where the quantum world ends and the familiar classical world of our daily lives begins, and if so, can we find it? And if there's no such place, then does the universe split into two each time a particle goes through the double slit?

With his extraordinarily gifted eloquence, Anil Ananthaswamy travels around the world and through history, down to the smallest scales of physical reality we have yet fathomed. Through Two Doors at Once is the most fantastic voyage you can take.

“Through Two Doors at Once is a challenging and rewarding survey of how scientists…are grappling with nature’s deepest, strangest secrets.” (Wall Street Journal)

“A fascinating tour through the cutting-edge physics the experiment keeps on spawning.” (Scientific American)

“In this book, science writer Anil Ananthaswamy gives an absolutely mind-boggling tour of how quantum physicists try to explain this “reality” that one of the most powerful scientific models of our era.” (Smithsonian)

Das sagen andere Hörer zu Through Two Doors at Once