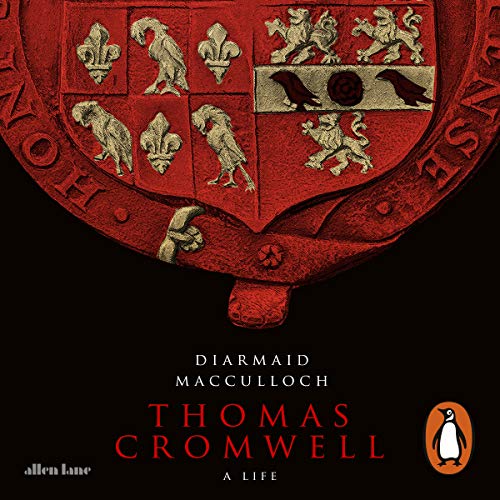 Thomas Cromwell is one of the most famous - or notorious - figures in English history. Born in obscurity in Putney, he became a fixer for Cardinal Wolsey in the 1520s. After Wolsey's fall, Henry VIII promoted him to a series of ever greater offices, and by the end of the 1530s he was effectively running the country for the King. That decade was one of the most momentous in English history: it saw a religious break with the Pope, unprecedented use of parliament, the dissolution of all monasteries. Cromwell was central to all this, but establishing his role with precision, at a distance of nearly five centuries and after the destruction of many of his papers at his own fall, has been notoriously difficult.

Diarmaid MacCulloch's biography is much the most complete and persuasive life ever written of this elusive figure, a masterclass in historical detective work, making connections not previously seen. It overturns many received interpretations, for example that Cromwell was a cynical, 'secular' politician without deep-felt religious commitment, or that he and Anne Boleyn were allies because of their common religious sympathies - in fact he destroyed her. It introduces the many different personalities of these foundational years, all conscious of the 'terrifyingly unpredictable' Henry VIII. MacCulloch allows listeners to feel that they are immersed in all this, that it is going on around them.

For a time, the self-made 'ruffian' (as he described himself) - ruthless, adept in the exercise of power, quietly determined in religious revolution - was master of events. MacCulloch's biography for the first time reveals his true place in the making of modern England and Ireland, for good and ill.

"This is the biography we have been awaiting for 400 years." (Hilary Mantel)