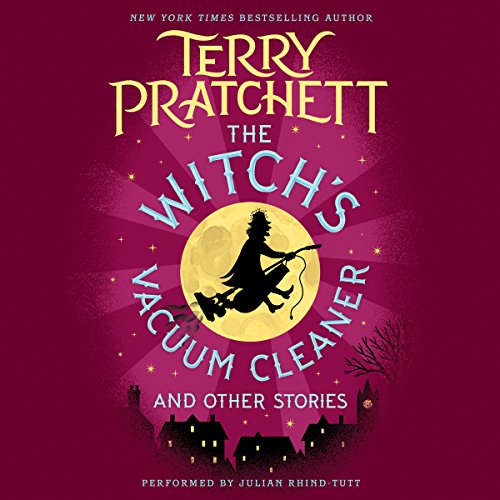 The Witch's Vacuum Cleaner and Other Stories

Do you believe in magic? Can you imagine a war between wizards? An exciting journey in an airship or down in a submarine? Would you like to meet the fastest truncheon in the Wild West?

The Witch's Vacuum Cleaner and Other Stories is the second fabulously funny short story collection from the late acclaimed storyteller Terry Pratchett. A follow-up to Dragons at Crumbling Castle, this second batch of storytelling gems features stories written when Sir Terry was just 17 years old and working as a junior reporter. In this audiobook new Pratchett fans will find wonder, mayhem, sorcery, and delight - and loyal listeners will recognize the seeds of ideas that went on to influence his most beloved tales later in life.

As Neil Gaiman says, "A Terry Pratchett book is a small miracle" - and The Witch's Vacuum Cleaner and Other Stories proves to be another miracle taking its place alongside Pratchett's astounding and cherished body of work.