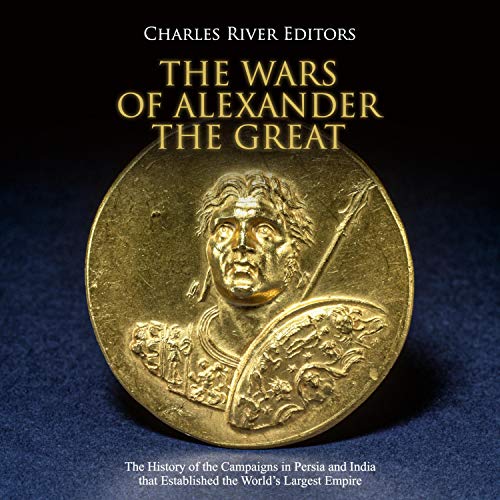 The Wars of Alexander the Great

The Wars of Alexander the Great

Over the last 2,000 years, ambitious men have dreamed of forging vast empires and attaining eternal glory in battle, but of all the conquerors who took steps toward such dreams, none were ever as successful as antiquity’s first great conqueror.

Leaders of the 20th century hoped to rival Napoleon’s accomplishments, while Napoleon aimed to emulate the accomplishments of Julius Caesar. But Caesar himself found inspiration in Alexander the Great (356 - 323 BCE), the Macedonian king who managed to stretch an empire from Greece to the Himalayas in Asia by the age of 30. It took less than 15 years for Alexander to conquer much of the known world.

At one point in antiquity, the Achaemenid Persian Empire was the largest empire the world had ever seen, but aside from its role in the Greco-Persian Wars and its collapse at the hands of Alexander the Great, it has been mostly overlooked.

Ever since the famous Persian invasions that had been repelled by the Athenians at Marathon and then by the Spartans at Thermopylae and Plataea, Greece and Persia had been at odds. For the past few years, they had enjoyed an uneasy peace, but that peace was shattered when, in 334 BCE, Alexander crossed the Hellespont into Persia. He brought with him an army of 50,000 infantry, 6,000 cavalry, and a navy of over 100 ships, a mixed force of Macedonians, Greeks, Thracians, and Illyrians, all chosen for their specific strengths (the Thessalians, for example, were famous cavalrymen). He was still just 22.

Darius III, king of Persia at the time of Alexander’s invasion, was no tactical genius, but he was an intelligent and persistent enemy who had been handed the throne just before the arrival of the indomitable Alexander. His misfortune was to face an enemy at the forefront of military innovation and flexibility, a fighting force that he was not equipped to handle, and the unconquerable will of the Macedonian army, fueled by devotion to their daring and charismatic king.