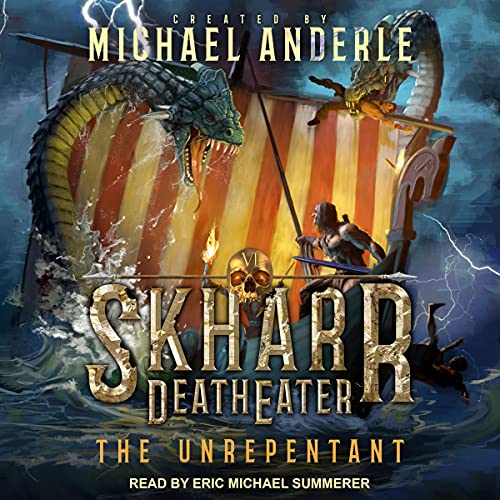 You help wipe out the crime lords of a city, and suddenly those in power want you dead or gone. The city's council just needs to figure out how to get him to leave.

His axe finished, Skharr needed to deal with getting the prized relic to the DeathEater clan. He decided to exchange a favor, for a favor. The timing couldn't be better.

No gods to deal with, Skharr has to undertake safely moving a young dwarf back to his family's clan. Of course, the young dwarf has a chip on his shoulder and an attitude Skharr recognizes from his own past.

At least Skharr doesn't have a goddess warning him about potential death.

That is the dwarf's problem. The young thief should have been more careful who he prayed to.

Hopefully, the two of them can make it to the end without causing too many problems, or dying. If not?

Well, don't expect any apologies from this barbarian.