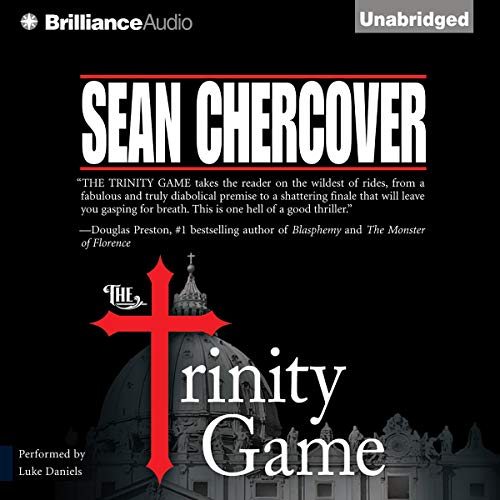 Daniel Byrne is an investigator for the Vatican’s secretive Office of the Devil’s Advocate - the department that scrutinizes miracle claims. Over 10 years and 721 cases, not one miracle he tested has proved true.

But case #722 is different; Daniel’s estranged uncle, a crooked TV evangelist, has started speaking in tongues - and accurately predicting the future. Daniel knows Reverend Tim Trinity is a con man. Could Trinity also be something more?

The evangelist himself is baffled by his newfound power - and the violent reaction it provokes. After years of scams, he suddenly has the ability to predict everything from natural disasters to sports scores. Now the mob wants him dead for ruining their gambling business, and the Vatican wants him debunked as a false messiah. On the run from assassins, Trinity flees with Daniel’s help through the back roads of the Bible Belt to New Orleans, where Trinity plans to deliver a final prophecy so shattering his enemies will do anything to keep him silent.

“Sean Chercover shows a stellar hand through a coiling plot, weaving one taut drama. The story is tense, intelligent, harsh, and surprising - just what a reader wants in a thriller. This one goes on your keeper shelf.” (Steve Berry, New York Times best-selling author of The Columbus Affair)
“The Da Vinci Code meets The Dead Zone in Sean "Chercover’s The Trinity Game, a fascinating thriller that catapults us headlong into Vatican intrigue, global conspiracies, complex family relationships, and nonstop excitement.” (Joseph Finder, New York Times best-selling author of Paranoia and Buried Secrets)
“ The Trinity Game is a rare find. Heart-pounding cinematic action, unpredictable twists, and wonderful characters - all packed into a fascinating story. What a thrilling ride! I loved it from the start, couldn’t put it down, and was sorry to see it end. You have got to read this book!” (Marcia Clark, New York Times best-selling author of Guilt by Association)