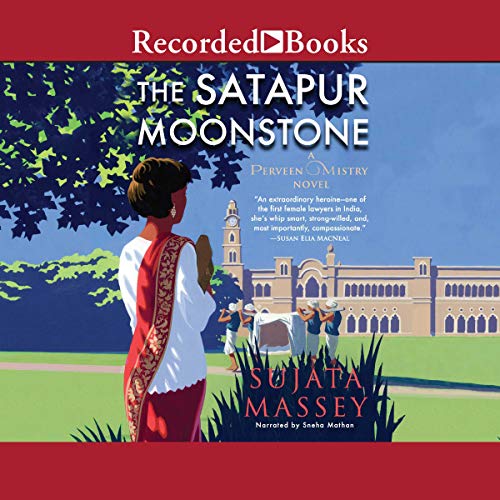 India, 1922: It is rainy season in the lush, remote Satara mountains southeast of Bombay, where the kingdom of Satapur is tucked away. A curse seems to have fallen upon Satapur's royal family, whose maharaja died of a sudden illness shortly before his teenage son was struck down in a tragic accident.

The kingdom is now ruled by an agent of the British Raj on behalf of Satapur's two maharanis, the dowager queen and the maharaja's widow. The royal ladies are in dispute over the education of the young crown prince, and a lawyer's council is required - but the maharanis live in purdah and do not speak to men.

Just one person can help them: Perveen Mistry, India's only female lawyer. Perveen is determined to bring peace to the royal house and make a sound recommendation for the young prince's future, but knows she is breaking a rule by traveling alone as a woman into the remote countryside. And she arrives to find that the Satapur palace is full of cold-blooded power plays and ancient vendettas. Too late, she realizes she has walked into a trap. But whose? And how can she protect the royal children from the palace's deadly curse?