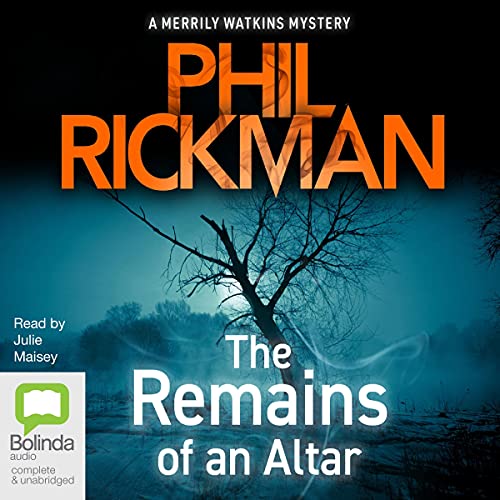 The Remains of an Altar

The Remains of an Altar is the eighth instalment in the Merrily Watkins series.

Merrily Watkins, parish priest, single mum and deliverance consultant to the Diocese of Hereford, heads for the Malvern Hills to investigate an alleged paranormal dimension to a spate of road accidents in the sleepy village of Wychehill.

Merrily is called in when two people are killed in a head-on crash that is also linked to the revamped local pub which, it seems, has injected the valley with a shattering, strobing surge of inner-city nightlife...and drugs. When a dealer is found savagely murdered below the great earthen hillfort of Herefordshire Beacon, police ask - is it a ritual killing, a gangland disposal or a cry of outrage?

As Merrily and the police follow separate paths towards the truth, Merrily's teenage daughter, Jane, faces the consequences of her own obsession with a possibly prehistoric site in their home village of Ledwardine. Until, on a night of frenzied violence, in a place at the centre of an ancient universal mystery, the final, shocking connections are made.

Das sagen andere Hörer zu The Remains of an Altar