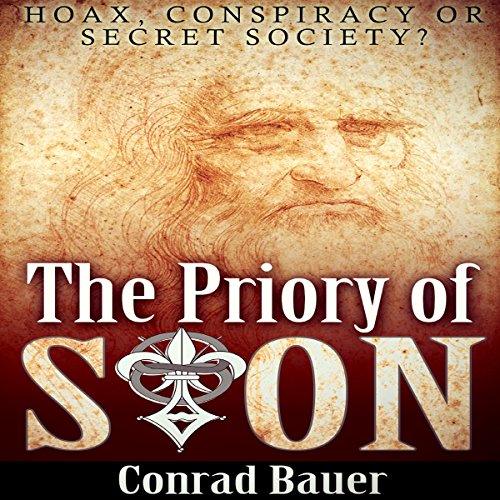 The Priory of Sion

The Priory of Sion

Hoax, conspiracy, or secret society? That is the range of responses you might hear when raising the idea of the Priory of Sion.

Ostensibly a clandestine order designed to disguise the truth about the children of Jesus Christ, the group have been labeled as either an elaborate concoction or the most powerful secret society in the world. Are they real? What are they hiding? Where did they come from? What impact can they have on the world around us? These are the questions this book will hope to answer.

At the heart of the story of the Priory of Sion is the somewhat heretical notion that Jesus Christ - the supposed son of God - fathered children. Not only that, but that his bloodline survives to this day. If true, the idea has a huge impact on the very existence of Christianity, the world's most popular religion. If the Priory - as is believed - are guarding the truth about such a matter, they then potentially control some of the most powerful information in the world. Think of it like an ideological atomic bomb, ticking away and ready to explode through the consciousness of the world.

Not only that, but the men allegedly chosen to guard these secrets rank as some of the greatest thinkers in human history. Isaac Newton, Nicholas Flamel, and Leonardo da Vinci have all been implicated in the order, though their involvement is debated. In fact, the entire existence of the order has been argued. Some suggest that, rather than a secret society, the Priory is, in fact, an elaborate hoax. Others claim that these accusations are merely an attempt to disguise the truth. But what do we know for certain? Who exactly are the Priory of Sion? Listen to find out!