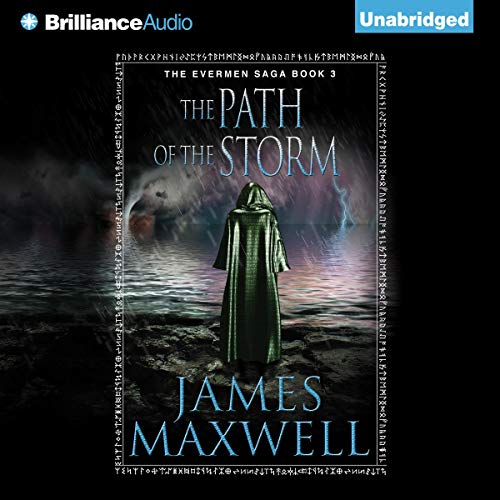 The Path of the Storm

Two years have passed since the war. The Primate is dead, the machines at Stonewater have been destroyed, yet without essence the Empire's economy has collapsed. Trade is at a standstill, famine sets in, and, with no food and no essence, the people begin to riot.

In the midst of the growing unrest, Miro struggles to balance his life with Amber against his resolve to keep threats to the Empire at bay. His sister Ella helps to build the machinery the Empire desperately needs, but she longs to find Killian and believes his powers will be needed in the conflict to come.

News of a wedding brings a much - needed ray of hope to the weary people. But as citizens and leaders gather from afar for the festivities, an evil threat shatters the fragile peace: one of the Evermen has returned. And he will not rest until he has completely destroyed the humans he despises.

Das sagen andere Hörer zu The Path of the Storm

What a story! This was book three which I have read/heard now. Wonderfull written! So much exciting, adventure and lots more! Full of surprises....well written

Its impossible to read and hear simultaneusely.

Its impossible to read and hear together. 😐 😤 😢 😡
Terrible really. I habe loaded 10 times both bok and audio