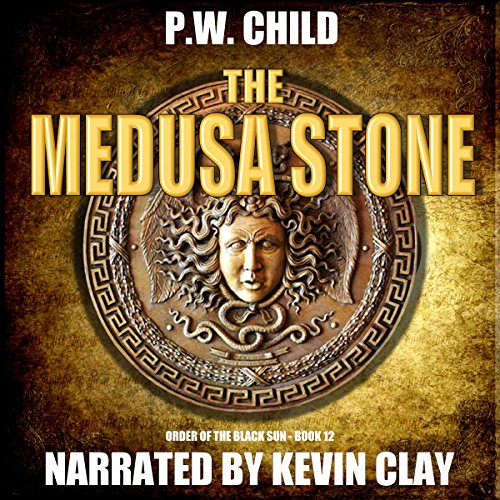 During one of the most successful exhibitions in the history of the British Museum, catastrophe strikes. An unexpected seismic anomaly rocks London, causing immense damage to the exhibits on show. One of the damaged artifacts is a male sculpture belonging to collector Dr. James Heidmann's collection of Greek Mythology.

Upon investigation, benefactor Dave Purdue and curator Prof. Helen Barry discover that the broken statue had in fact once been a human being. This begs the question as to the origin of its condition, which immediately sparks Purdue's interest.

Due to a mysterious reference to the deadly gas employed at Auschwitz during World War II, Purdue assembles a party of archaeologists and art experts, including historian Dr. Nina Gould. Chemical analysis proves that an ancient alchemic practice caused the man to turn to stone. Similar to the Greek myth of Medusa, the team find themselves on a perilous hunt for what is reputed to be called the Medusa Stone.

However, interpersonal tension within the group suggests that there might be more than one interested party involved in the search. Between the collectors, experts and conclusive old information found on a deceased SS officer, the chase escalates into a web of secret agendas.

Is the existence of such an item all just speculative desire or does it hold more unsettling truth beyond the silent walls of Nazi ambition? Does Greek Mythology hold the key to the power of the Medusa Stone or does its thrall lie in the greed of men?

The Medusa Stone leads the listener on a roller-coaster ride in search of a legend. Packed with breathtaking suspense and nerve-shredding action, The Medusa Stone is a thrilling listen for all fans of action, suspense, and intrigue.