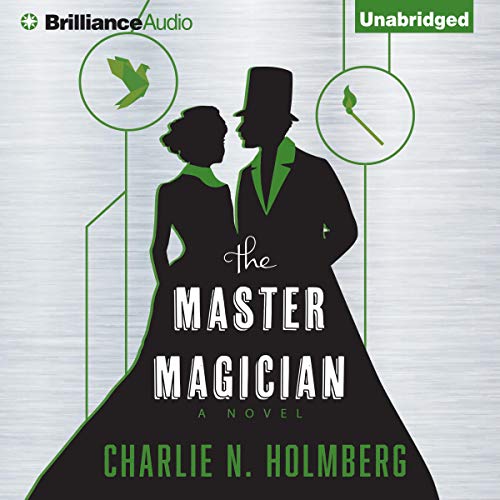 Throughout her studies, Ceony Twill has harbored a secret, one she's kept from even her mentor, Emery Thane. She's discovered how to practice forms of magic other than her own - an ability long thought impossible.

While all seems set for Ceony to complete her apprenticeship and pass her upcoming final magician's exam, life quickly becomes complicated. To avoid favoritism, Emery sends her to another paper magician for testing, a Folder who despises Emery and cares even less for his apprentice. To make matters worse, a murderous criminal from Ceony's past escapes imprisonment. Now she must track the power-hungry convict across England before he can take his revenge. With her life and loved ones hanging in the balance, Ceony must face a criminal who wields the one magic that she does not, and it may prove more powerful than all her skills combined.

The whimsical and captivating follow-up to The Paper Magician and The Glass Magician, The Master Magician will enchant readers of all ages.

it is a very nice book and has an interesting magic system but the magic is not really logical (eg. you can cool with paper magic. Makes no sense to me but the book does not suffer from it).
The main character tries to save everyone by herself (which is kinda stupid and cliché) but she at least she only does it, since no one lets her help. Also the book is predicable.
Therefore, it is not one of my absolute favourites but you won't waste your time on hearing it. Also the book is read very good.