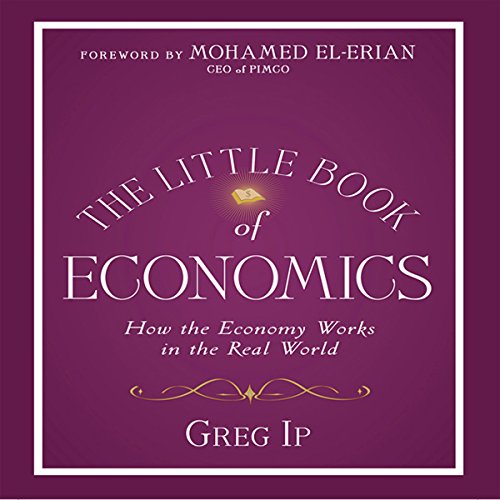 The Little Book of Economics

After the global financial panic and recession of 2007–2009, you don’t have to be president or a hedge fund manager to know that “It’s the economy, stupid.” Yet while the economy dominates the headlines, how it works and who influences it remain a mystery to most people. In The Little Book of Economics, Greg Ip, an award-winning journalist renowned for making complex economics easy to understand, walks you through how the economy really works.

How psychology and the Federal Reserve drive business cycles

You can’t understand the American economy without recognizing the growing influence of the rest of the world. So The Little Book of Economics digs into globalization, how it made America’s mortgage crisis possible, how it’s exploited by China to spur growth, and how it makes the United States richer even as it widens the gap between winners and losers. One side effect of the deepest economic downturn since the Great Depression is that it has ignited a fresh desire among citizens and investors to better understand the economy.

“Finally, an economics book that is neither dull nor inscrutable and that won’t put you to sleep. Greg Ip gives us a lucid and entertaining understanding of ‘the dismal science’ and reveals how economic concepts and institutions affect our daily lives. This little gem can turn all of us into sophisticated and educated citizens.” (Burton G. Malkiel, Professor of Economics, Princeton University; author of A Random Walk Down Wall Street and The Elements of Investing)