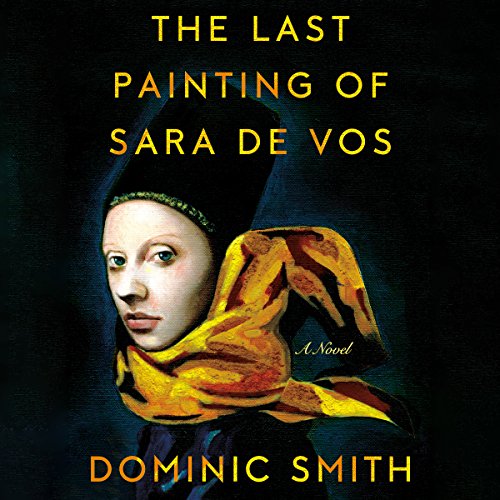 A masterful new story charts the circuitous course of the sole surviving work of a female Dutch painter.

This is what we long for: the profound pleasure of being swept into vivid new worlds, worlds peopled by characters so intriguing and real that we can't shake them, even long after the audio's done.

In his award-winning earlier novels, Dominic Smith demonstrated a gift for coaxing the past to life. Now, in The Last Painting of Sara de Vos, he deftly bridges the historical and the contemporary, tracking a collision course between a rare landscape by a female Dutch painter of the golden age, an inheritor of the work in 1950s Manhattan, and a celebrated art historian who painted a forgery of it in her youth.

In 1631, Sara de Vos is admitted as a master painter to the Guild of St. Luke's in Holland, the first woman to be so recognized. Three hundred years later, only one work attributed to de Vos is known to remain - a haunting winter scene, At the Edge of a Wood, which hangs over the bed of a wealthy descendant of the original owner. An Australian grad student, Ellie Shipley, struggling to stay afloat in New York, agrees to paint a forgery of the landscape, a decision that will haunt her. Because now, half a century later, she's curating an exhibit of female Dutch painters, and both versions threaten to arrive.

As the three threads intersect, The Last Painting of Sara de Vos mesmerizes while it grapples with the demands of the artistic life, showing how the deceits of the past can forge the present.

This audiobook includes a reading group guide read by the author.