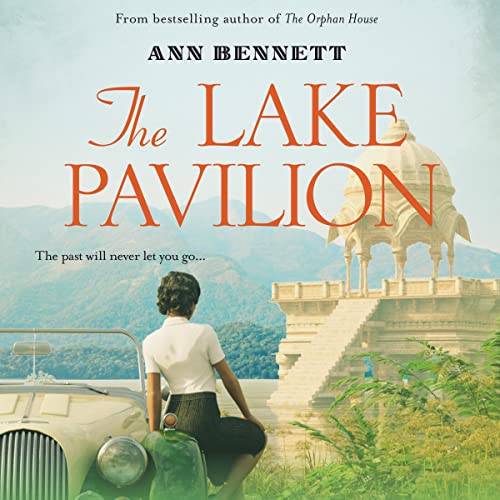 From Ann Bennett, best-selling author of The Orphan House, comes The Lake Pavilion, a sweeping historical novel; the story of two women connected by devastating secrets from wartime England and British India of the 1930s.

Perfect for fans of Dinah Jeffries, Victoria Hislop, and The Kashmir Shawl by Rosie Thomas.

India, 1935: Amelia Collins, a missionary’s daughter left destitute by the death of her parents, leaves their home in the Himalayan foothills to find work in Darjeeling. There she meets District Officer Reginald Holden, a powerful older man who spirits her away from poverty and prejudice to start a new life as his wife in Ganpur. Amelia soon forms a bond with Reginald’s young son, Arthur, and resumes missionary work in the villages around Ganpur. There, she discovers a pavilion on a lake where the wives of maharajahs once bathed, now abandoned and cloaked in mystery.

When the Indian independence movement flares in Ganpur and Reginald struggles to contain it, Amelia's world begins to fall apart as she uncovers the shattering truths he has been keeping from her.

Decades later, when Kate Hamilton inherits a rambling country house from her great-aunt Amelia, she returns to the village in Buckinghamshire that she left as a teenager in 1944. Sorting through long-hidden papers, she begins to unearth Amelia’s secrets from her years in British India.

But Kate is harboring a secret of her own - a devastating betrayal from that last summer of the war. She has lived in the shadow of that day ever since, but Kate is convinced that unlocking the truth about Amelia’s Indian past will hold the key to her own future...