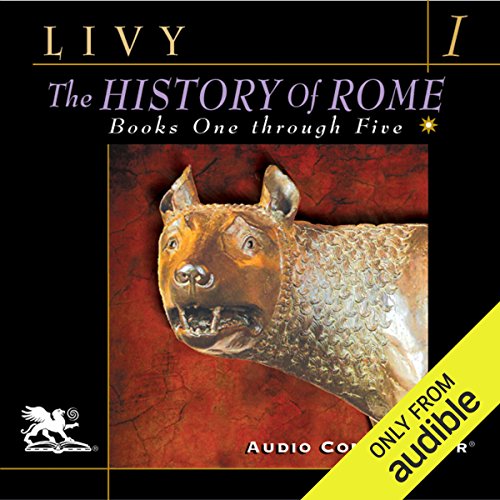 When Livy began his epic The History of Rome, he had no idea of the fame and fortune he would eventually attain. He would go on to become the most widely read writer in the Roman Empire and was eagerly sought out and feted like a modern celebrity. And his fame continued to grow after his death. His bombastic style, his intricate and complex sentence structure, and his flair for powerfully recreating the searing drama of historical incidents made him a favorite of teachers and pupils alike. Along with Virgil and Cicero, Livy formed the Latin triumvirate of essential studies for two thousand years.

Hardly anyone who was educated was unaware of at least some of the more famous stories of Roman myth and history as told by Titus Livius. When completed, Livy's magnificent work consisted of 142 books (i.e. long chapters), and covered the period from the mythical founding of Rome through the time of Augustus. Books 1–10 and 21–45 are all that have come down to us in reasonably complete form. Volume 1 consists of books 1–5, which takes us from the founding of Rome in the eighth century BC to its sack by the Gauls in 390 BC. The Audio Connoisseur series will eventually come to six volumes.This version was translated by Roberts.