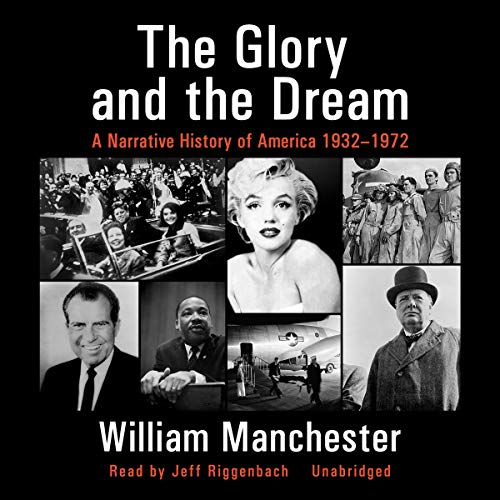 The Glory and the Dream

The Glory and the Dream

This great time capsule of a book captures the abundant popular history of the United States from 1932 to 1972. It encompasses politics, military history, economics, the lively arts, science, fashion, fads, social change, sexual mores, communications, graffiti...everything and anything indigenous that can be captured in print.

The Glory and the Dream chronicles the progress of life in the United States, from the time William Manchester and his generation reached the beginning of awareness in the desperate summer of '32 to President Nixon's Second Inaugural Address and the opening scenes of Watergate. Masterfully compressing four crowded decades of our history, Manchester relives the epic, significant, or just memorable events that befell the generation of Americans whose lives pivoted between the America before and the America after the Second World War.