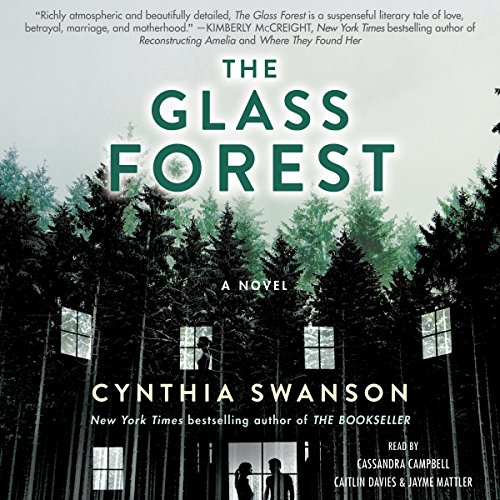 From the New York Times best-selling author of The Bookseller comes a gripping literary suspense novel set in the 1960s about a deeply troubled family and three women who will reveal its dark truths.

In the autumn of 1960, Angie Glass is living an idyllic life in her Wisconsin hometown. At 21, she's married to charming, handsome Paul, and has just given birth to a baby boy. But one phone call changes her life forever.

When Paul's niece, Ruby, reports that her father, Henry, has committed suicide, and that her mother, Silja, is missing, Angie and Paul drop everything and fly to the small upstate town of Stonekill, New York to be by Ruby's side.

Angie thinks they're coming to the rescue of Paul's grief-stricken young niece, but Ruby is a composed and enigmatic 17-year-old who resists Angie's attempts to nurture her. As Angie learns more about the complicated Glass family, staying in Henry and Silja's eerie and ultra-modern house on the edge of the woods, she begins to question the very fabric of her own marriage.

Through Silja's flashbacks, Angie's discovery of astonishing truths, and Ruby's strategic dissection of her parents' state of affairs, a story of love, secrets, and ultimate betrayal is revealed.