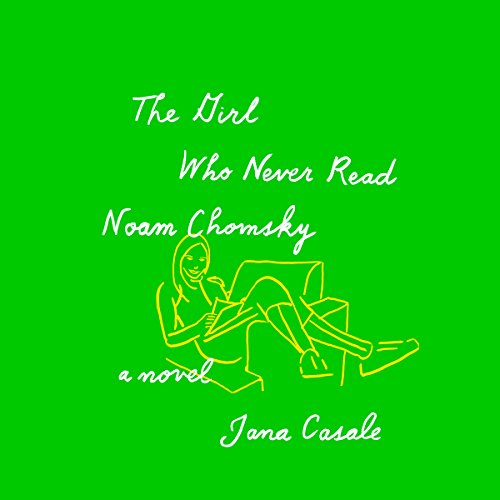 An ambitious debut, at once timely and timeless, that captures the complexity and joys of modern womanhood.  This novel is gemlike - in its precision, its many facets, and its containing multitudes. Following in the footsteps of Virginia Woolf, Rona Jaffe, Maggie Shipstead, and Sheila Heti, Jana Casale writes with bold assurance about the female experience.

We first meet Leda in a coffee shop on an average afternoon, notable only for the fact that it’s the single occasion in her life when she will eat two scones in one day. And for the cute boy reading American Power and the New Mandarins. Leda hopes that by engaging him, their banter will lead to romance. Their fleeting, awkward exchange stalls before flirtation blooms. But Leda’s left with one imperative thought: She decides she wants to read Noam Chomsky. So she promptly buys a book and never - ever - reads it.

As the days, years, and decades of the rest of her life unfold, we see all of the things Leda does instead, from eating leftover spaghetti in her college apartment, to fumbling through the first days home with her newborn daughter, to attempting (and nearly failing) to garden in her old age. In a collage of these small moments, we see the work - both visible and invisible - of a woman trying to carve out a life of meaning. Over the course of her experiences, Leda comes to the universal revelation that the best laid plans are not always the path to utter fulfillment and contentment, and in reality there might be no such thing. Lively and disarmingly honest, The Girl Who Never Read Noam Chomsky is a remarkable literary feat - bracingly funny, sometimes heartbreaking, and truly feminist in its insistence that the story it tells is an essential one.

"How do you account for a life? In Jana Casale's poignant debut, the answer has as much to do with the things her protagonist, Leda - college student, wife, writer, temporary Orca expert, mother - wanted to do and didn't, as what she actually lives. A funny, tender and touching illumination of the extraordinary beauty contained in a seemingly everyday life. I can't stop thinking about this book." (Julie Buntin, author of Marlena)

"As the perfect title suggests, the books we don't read can shape us just as much as the ones we do. However, unlike our titular heroine and her copy of Problems of Knowledge and Freedom, I guarantee you'll fly through this one. It's a rare gem of a debut - funny, heartbreaking, and genuinely profound." (Ed Park, author of Personal Days)