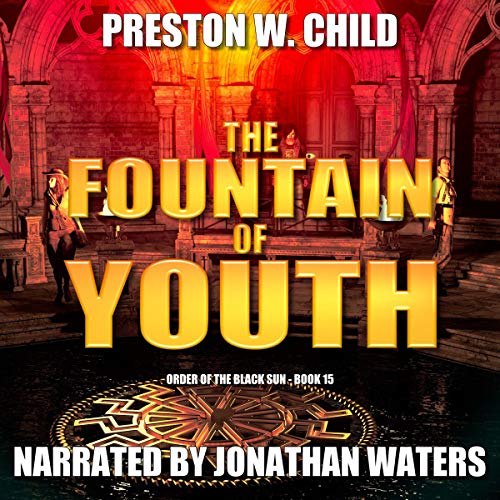 The Fountain of Youth

Dr. Nina Gould is dealing with her illness as best she can - by cutting ties with her two best friends and colleagues David Purdue and Sam Cleave. She takes a contract offer in Hampshire, England, to lecture at a quaint, privately owned college St. Vincent’s Academy of History and Science.

There, she meets the dean’s mother who intrigues her with tales of the antique fountain in the courtyard - the Fountain of Youth - reputed to have been the real deal, even sought by the Nazi elite once.

While giving Nina her space, Sam Cleave travels to the Faroe Islands to cover the ever-lurid whale hunts, but soon finds himself engrossed in the fascinating WW II historical sites on the islands. He befriends some locals who enlighten Sam on a lot of misunderstood myths, as well as turning him on to some well-founded ones. He calls Purdue for advice on an interesting find, having no idea that the billionaire explorer already has a lot on his plate.

In addition to getting caught up in an unsavory discovery while undergoing therapy at the Sinclair Institute, Purdue has been caught in a homicide case that points to his own medical staff. Inadvertently, he discovers Nina’s true condition and, riddled with guilt, embarks on a frantic and perilous search to find a cure for her malady. But when he tracks her to her location to bring her a prospective cure, Nina has disappeared without a trace.

With Dr. Gould’s worsening condition and a nefarious agent of the Order of the Black Sun after her, will Purdue and Sam be able to find her in time to use the water from the Fountain of Youth to keep her from dying?