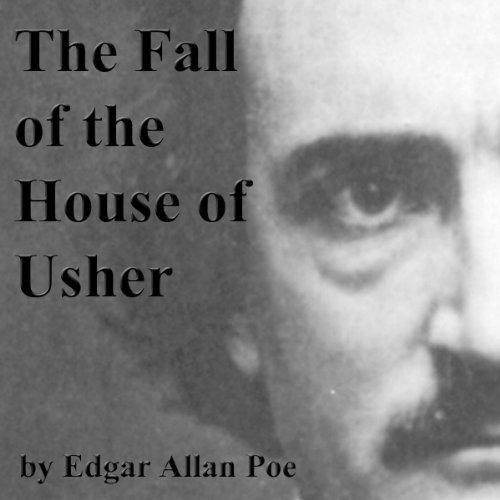 The Fall of the House of Usher

The Fall of the House of Usher

Iconic macabre author Edgar Allan Poe first published "The Fall of the House of Usher" in 1839. This unsettling 20-minute short story begins when the unnamed narrator receives a letter from his friend Roderick Usher, who claims a mysterious illness is crippling him. From Usher's crumbling castle to his unnamed disease and the burial of his sister, each carefully placed detail builds a sense of doom and leads to the work's shocking ending. Jack Benson's voice proves perfect for this audiobook. With restrained pacing, Benson builds suspense until, employing a galloping speed, he supports the ending's intensity. With delightful ease, he shifts voices from the unnamed narrator to nervous Usher. Overall, Benson's performance makes Poe's gothic story utterly haunting.

When it comes to short stories, Edgar Allan Poe is considered by many to be the master of terror and the macabre. This is one of his most famous stories. A man visits a friend but finds something very strange is going on with him - and his house.