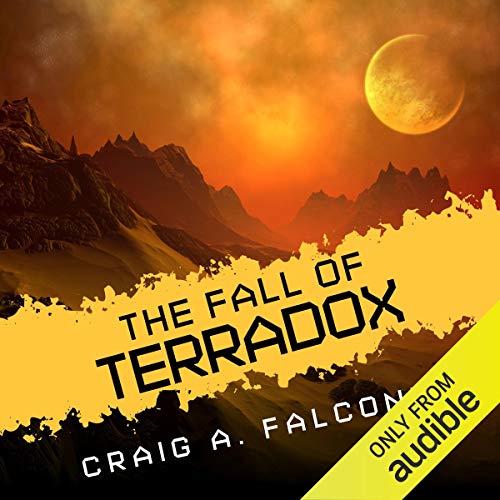 There's a reason she swore she'd never go back

But while adventurous guests from all corners of the Earth marvel at the awesome wonders of the Terradox Resort's artificial environment, a deadly threat looms large.

When it becomes clear that an unimaginable risk offers the only hope of preventing an unimaginable disaster, responsibility for the safety of the many innocent civilians stranded on Terradox once again falls on Holly's shoulders.

A familiar crew joins Holly in her task, dismissed by others as a suicide mission, but the alarming view from their Karrier's window might soon make them wish they hadn't.

Compared to this, surviving the untamed Terradox wilderness was a walk in the park....

The Fall of Terradox is a direct sequel to Terradox, from the author of the international best seller and Audible.com Best of 2016 finalist Not Alone.