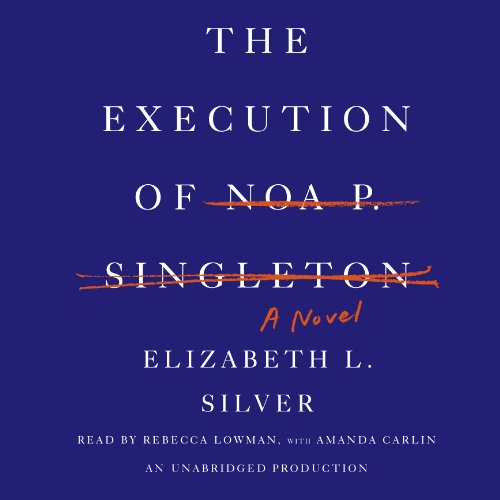 The Execution of Noa P. Singleton

A beguiling debut novel about the stories we tell ourselves to survive, the scars that never fade, and the things we choose to call the truth.

Noa P. Singleton speaks not a word in her own defense throughout a brief trial that ends with a jury finding her guilty of first-degree murder. Ten years later, a woman who will never know middle age, she sits on death row in a maximum security penitentiary, just six months away from her execution date.

Seemingly out of the blue, she is visited by Marlene Dixon, a high-powered Philadelphia attorney who is also the heartbroken mother of the woman Noa was imprisoned for killing. She tells Noa that she has changed her mind about the death penalty and Noa’s sentence, and will do everything in her considerable power to convince the governor to commute the sentence to life in prison - if Noa will finally reveal what led her to commit her crime.

Noa and Marlene become inextricably linked through the law, shared sentiments of guilt, and irreversible mistakes in an unapologetic tale of love, anguish, and deception that is as unpredictable as it is magnificently original.

"In this grippingly off-kilter thriller, a young woman sits on death row after being convicted of murder until a high-powered attorney – the victim’s mother – intervenes, leaving everyone to wonder why." ( O, The Oprah Magazine)
"Silver has written a darkly witty, acerbic jigsaw puzzle of a first novel about legal versus moral culpability…[and] explores convolutions of guilt and innocence beyond the law’s narrow scope with a sharpness and attention to detail that can be unnerving but demands attention." ( Kirkus)
"Vividly written debut novel...Silver definitely delivers a thought-provoking examination of the criminal-justice system, providing a clear-eyed view of the artificial theatrics that dominate criminal trials and a heartfelt look at both grief and remorse. An intriguing debut from a writer to watch." ( Booklist)