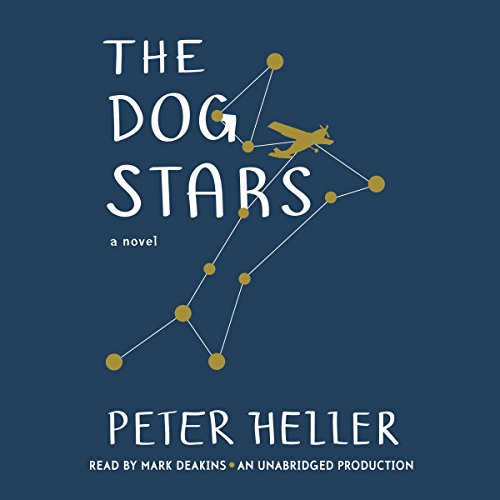 A riveting, powerful novel about a pilot living in a world filled with loss - and what he is willing to risk to rediscover, against all odds, connection, love, and grace.

Hig survived the flu that killed everyone he knows. His wife is gone, his friends are dead, he lives in the hangar of a small abandoned airport with his dog, his only neighbor a gun-toting misanthrope. In his 1956 Cessna, Hig flies the perimeter of the airfield or sneaks off to the mountains to fish and to pretend that things are the way they used to be. But when a random transmission somehow beams through his radio, the voice ignites a hope deep inside him that a better life - something like his old life - exists beyond the airport.

Risking everything, he flies past his point of no return - not enough fuel to get him home - following the trail of the static-broken voice on the radio. But what he encounters and what he must face - in the people he meets, and in himself - is both better and worse than anything he could have hoped for.

Narrated by a man who is part warrior and part dreamer, a hunter with a great shot and a heart that refuses to harden, The Dog Stars is both savagely funny and achingly sad, a breathtaking story about what it means to be human.

"Richly evocative yet streamlined journal entries propel the high-stakes plot while simultaneously illuminating Hig's nuanced states of mind as isolation and constant vigilance exact their toll, along with his sorrow for the dying world.... Heller's surprising and irresistible blend of suspense, romance, social insight, and humor creates a cunning form of cognitive dissonance neatly pegged by Hig as an apocalyptic parody of Norman Rockwell...a novel, that is, of spiky pleasure and signal resonance." ( Booklist)
"In the tradition of postapocalyptic literary fiction such as Cormac McCarthy's The Road and Jim Crace's The Pesthouse, this hypervisceral first novel by adventure writer Heller ( Kook) takes place nine years after a superflu has killed off much of mankind.... With its evocative descriptions of hunting, fishing, and flying, this novel, perhaps the world's most poetic survival guide, reads as if Billy Collins had novelized one of George Romero's zombie flicks. From start to finish, Heller carries the reader aloft on graceful prose, intense action, and deeply felt emotion." ( Publishers Weekly)
"Leave it to Peter Heller to imagine a post-apocalyptic world that contains as much loveliness as it does devastation. His likable hero, Hig, flies around what was once Colorado in his 1956 Cessna, chasing all the same things we chase in these pre-annihilation days: love, friendship, the solace of the natural world, the chance to perform some small kindness, and a good dog for a co-pilot. The Dog Stars is a wholly compelling and deeply engaging debut." (Pam Houston, author of Contents May Have Shifted)