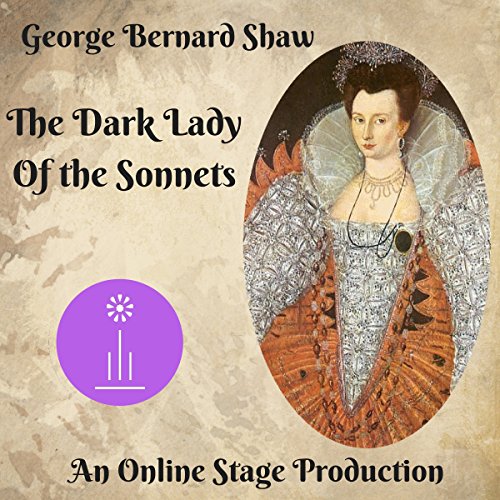 The Dark Lady of the Sonnets

Making his way to a tryst with his "dark lady" near the royal palace the young playwright William Shakespeare encounters a mysterious woman in a cloak. Mistaking her for his lady friend, he accosts her in a familiar fashion, only to discover, to his dismay, that she is in fact the queen. He overcomes his initial discomfort, and takes advantage of the situation to make a petition for royal support to establish a national theatre.

To provide support for a campaign to establish a national theatre in 1916, the tercentenary of Shakespeare's death. As with many of his plays, Shaw wrote a lengthy preface, which has been included in this recording.