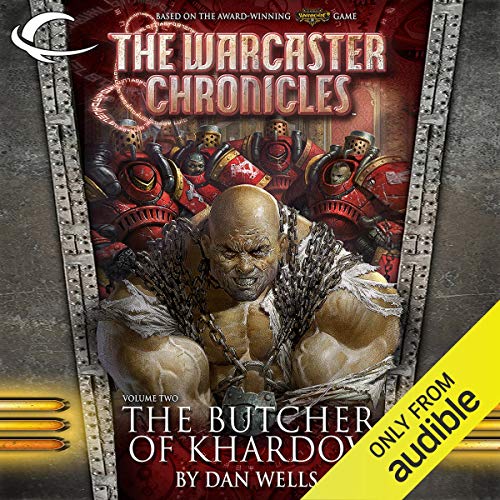 His blind fury is infamous, his strength without rival, but the legend of the man known as the Butcher of Khardov was forged in a crucible of pain.... The legacy of the massacre near Boarsgate at the hand of the warcaster Orsus Zoktavir has followed him his whole life - but it is another memory that fuels both his rage and his will to live. Before he was one of Khador’s most potent weapons he was simply a young man striving to make a life for himself, and for his beloved, free of the violence that came so easily to him. Her gentle presence helps him quell his simmering temper, but fate changes everything, sweeping him up in events that would lead to grief and madness.

Learn the tragic history of Orsus Zoktavir and plumb the depths of his rage in The Butcher of Khardov.
©2013 Privateer Press (P)2014 Audible, Inc.